2014 Was full of lessons in social media marketing if you were paying attention. Here’s what I learned from people and brands who are doing social the right way – and some who aren’t.

It’s okay to admit you messed up if you’ve made an honest mistake.

Brands make mistakes on Twitter pretty regularly, tweeting inappropriate or offensive remarks, then quickly delete the problematic tweet and issue an apology. Fine, whatever; we forgive you. But one brand’s fantastic apology turns what could have been a costly mistake into their best ad of the year.

The marketing team at Arby’s made a pretty big mistake this year when they didn’t follow the terms of their agreement with Pepsi to include their products in two advertisements per year. Sounds bad, right? Not necessarily. They seized the opportunity to not only fulfill their partnership requirements, but to make a point of admitting they screwed up and creating a simple, fun video that had more of an impact than any of their other commercials this past year. As of this article’s publication, the “We Have Pepsi” commercial had over 1.9 million views on Arby’s You Tube channel, more than three times any of their other videos in their “Commercials” playlist. 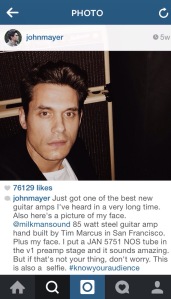 Yes, I know we’ve heard this before, but I have a couple recent examples of just how important this is.

Just because other people are doing it doesn’t mean you should.

I learned these lessons by indulging my two favorite guilty pleasures: browsing lots of social media platforms and clicking on scandalous pop culture headlines. It’s nice to know all that hard work wasn’t for nothing. 🙂